We Shoot For The Moon

We were in Vero Beach last week tending to an ailing relative. A bit of spare time appeared so I ducked into the local Books-A-Million where I serendipitously came across Shoot For The Moon, by James Donovan. This new (2019) book is the story of the Apollo 11 landing. At almost 400 pages it's a deep and excellent look at the work done to get us to the moon.

The book starts off in the 1940s with Operation Paperclip, a frantic drive by American forces at the end of WWII to round up German rocket scientists (actually, engineers and technicians) and a trainload (literally) of V-2 parts and drawings. These folks were shepherded off to the Western States where they launched a number of V-2s under the auspices of the US army. Wernher von Braun (Michael Neufeld's Von Braun is a 500+ page excellent bio of this man) is depicted as a somewhat scheming self-promoter who even got Disney to memorialize him in the movie We Aim for the Stars. One comic noted that they sometimes hit London. Donovan does a good job of showing that Von Braun's role was not the father of Apollo, as many think, but rather as the brilliant leader of the Saturn rockets.  Donovan makes it repeatedly clear he's disdainful of the man due to his Nazi affiliations and use of slave labor.

Enter the late 50s. The Soviets launched the, at the time, massive 184 pound Sputnik. Then they lofted the 1100 pound Sputnik 2 with a dog aboard.

Here in the US we repeatedly launched spectacular fireballs. Vanguard failed time and again. Von Braun's team was finally given permission to use their Jupiter-C to put the diminutive Explorer 1 (31 pounds) into orbit.

The book traces the space race which the Soviets dominated for the first years. Yuri Gagarin orbited; weeks later we were only able to pop Shepard into a low, ballistic boost.

Donovan traces each Mercury and Gemini flight with a background patois of the Soviet program growing fainter. Armstrong's Gemini 8 abort gets a lot of coverage as that set the tone for his later being chosen to command Apollo 11.

This might be the most detailed description of the actual landing in any popular book. It's riveting. A surprising amount of attention is paid to Steve Bales, the young flight controller who gave the "we're go" signal at each of the 1202 and 1201 alarms. Donovan calls the Apollo Guidance Computer the "first embedded computer," which might be true. It's nice to see a reference to "embedded" in the popular press! 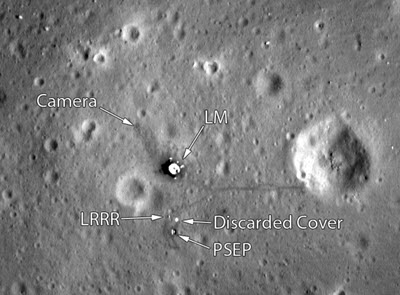 There are a surprising number of small errors throughout the book. For example, Donovan calls liquid oxygen the "fuel" (it was the oxidizer; kerosene, hydrogen and the like were the fuels), and states Mercury's retro-pack was to reduce astronaut g-loads during reentry. He calls the Monroe doctrine "the policy stating that if any nation fired a missile in the Western Hemisphere, it would be considered and act of war against the United States." I doubt James Monroe, who died in 1831, thought much about guided missiles.

He states that the Apollo 10 LM, which was an all-up mission where the LM descended to 50,000 feet above the moon, had half-full tanks as NASA bosses were worried Stafford would otherwise attempt a landing, against mission rules. I have no data about this, but that level of insubordination seems awfully unlikely. If I distrusted my employees so much, I'd fire them.

The book is eminently readable, though not lyrical like Mike Collin's Carrying the Fire, the best of the Apollo astronauts' books. You won't get deep techie details about the hardware; this is the story of the men, and to a lesser extent, the machines that flew, and some that didn't.

It will soon be 50 years since this mission, and a lot of Apollo stories are coming out. By all means, do watch the movie Apollo 11, reviewed here.