Summary: Bill Maher has his new rules. But there's an old rule: when in doubt, petition the Federal government for a solution.

In the latest wave of insanity to sweep over the STEM education wars, now Code.org and a bunch of others are petitioning Congress to add computer science as a core subject for students, starting in kindergarten.

(Certainly it won't be C but Ruby, or Python, or whatever language is the current fad. That will be obsolete by the time the 5 year olds make it to sixth grade.)

Programming is a valuable skill for more than programmers, since it enforces a terrific discipline. If the code is wrong, you failed. Period. It works when the code is right. That's a great logical skill.

But for everyone? Brain surgery probably teaches even more discipline. Standing for 16 hours, where one slip of the knife kills someone, is far more demanding. In the CS world we can, and do, make thousands of mistakes, which we catch with tools and via debugging. Surgeons have much less margin for error.

Maybe the AMA should petition the feds to make brain surgery a requirement starting with kindergarten. We need a Huge Federal Program to train teachers in brain surgery, and to equip classrooms with state-of-the-art operating theaters.

I think education is hugely important. But kids don't *need* to learn to program, or to do brain surgery. They do need to learn reading, at a far higher level than too many attain today. And history. No citizen will be an educated voter without understanding where we've come from.

And math. Oh my God, and math. We engineers are a mathematical elite, and are among the few adults who can even do trig. I would advocate mandating learning how to solve a differential equation at about the same importance as learning computer science. But without basic arithmetic and algebra few kids will have the grounding to ever get into a STEM program in college.

Some time ago I bought exactly 10 gallons of kerosene at $3.99/gallon. The 20-something wizard behind the counter pulled out a calculator and slowly discovered that ten times $3.99 is, well, that's a higher math problem I won't go into here.

Without basic numeracy no kid will get an SAT score enabling a STEM college education.

And writing. This is the communications age. If kids can't communicate clearly and effectively they will have little future. If they can't construct a sentence that is grammatically correct, they will be perceived as fools. If they can't talk without a smattering of double negatives they will be doomed to never advancing. I am practically brought to tears listening to youngsters here in Baltimore. Sure, McDonald's might hire someone who don't give no never mind. But poor use of language bars one from a professional field. While writing this an email arrived with the subject line "I been trying to get ahold of you." That sure sounds like a marketing offer well worth reading.

Don't train kids in vocational subjects. Give them the tools they'll need so that, should they chose to go into a STEM field, they'll be equipped to do so.

CS is a great vocation, but not everyone needs to be a computer scientist. I support any effort to encourage kids to learn about CS and engineering on their own time. Dean Kamen's FIRST, for instance, is a wonderful effort. But we don't need a Huge Federal Program to train kids to program.

Congress, in their infinite wisdom, with all of the due deliberation and care for the future of the country we've come to expect, will, of course, bow to the opinion of the most generous donors. After all, getting an army of cheap programmers for Google is a critical national concern.

You can read the petition here: http://bit.ly/1M7b0jE 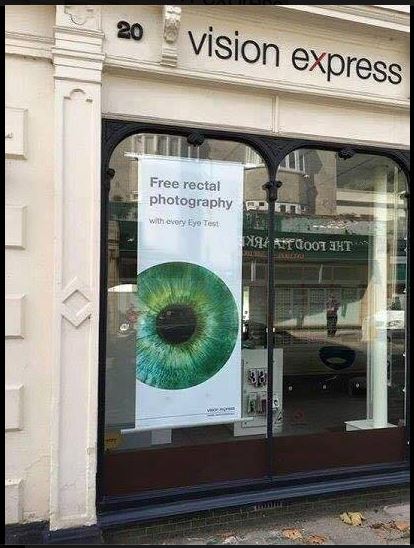 A poster by a product of our K-12 system